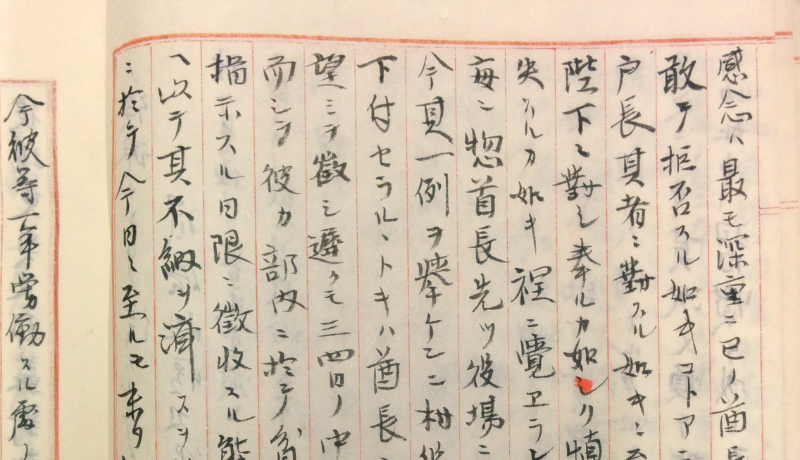 As I describe in my upcoming article, “‘Japanese Progress’: The Americanization of Japanese Frontiers in Settler Colonial Hokkaido,” Japanese settlement and land use policies cut the Ainu off from their land and resources beginning in the early 1870s. Subsequent regulations nationalized Hokkaido’s flora and fauna, criminalizing autonomous Ainu hunting, fishing, and forestry. As a direct result, Ainu communities experienced famines beginning in the late 1870s, continuing until at least the 1890s. While Yamada Shin’ichi (2011) describes written protests by affected Ainu communities against such policies, my current project will demonstrate that Ainu from across Hokkaido began to converge in the late 1880s, forming a sizable activist movement which aimed to compel the Japanese government to recognize Ainu land rights and reverse those policies which had proven particularly harmful to their communities. Inoue Katsuo (1999) notes that the largest of these meetings, occurring in the village of Nibutani, drew over 1,000 participants. As my own doctoral research indicates, this resulted in a delegation of Ainu protesters and Japanese allies travelling to Tokyo. However, little else is known about the movement’s organization, its membership, or its effects on Japanese colonial policy. While poorly studied, this activist movement is significant in the history of not just modern Hokkaido but the wider Japanese Empire. At the time of these famines, colonial planners widely characterized the Ainu as a docile, apolitical race doomed to simply “vanish” without the benevolent intervention of their colonizers. As the activist movement demonstrates, however, the Ainu were highly politicized and well organized in the decades immediately following Japan’s annexation of Hokkaido in 1869. This also represents the first large-scale anti-colonial movement in the history of imperial Japan, anticipating not only the Ainu Liberation Movement of the 1960s-1970s but early 20th century anti-colonial struggles across the Japanese Empire as well, such as Taiwanese Aborigine uprisings and the Korean March 1st Movement. A more thorough understanding of this movement is therefore critical to a better understanding of the history of resistance to Japanese imperialism.