“Japanese as a Global Scientific Language” 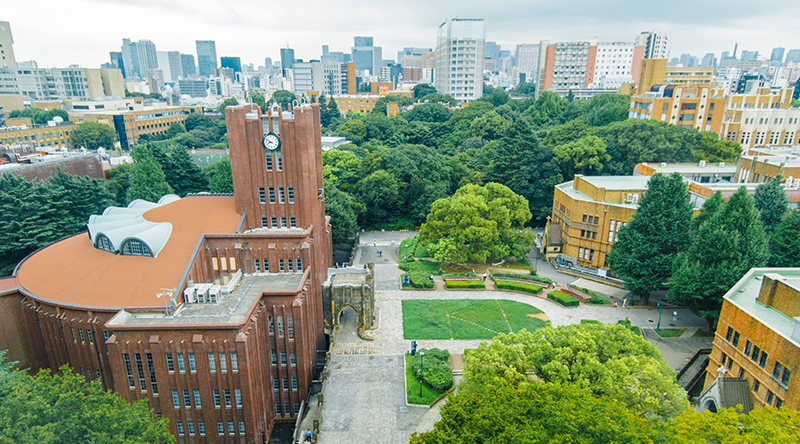 On Wednesday, February 5th, Prof. Viktoria Eschbach (University of Tubingen, Germany), who has been staying at Tokyo College since last October, gave a lecture titled “Japanese as a Global Scientific Language.” I suppose that this is an unexpected title for Japanese public. In Japan, “global scientific language” refers, indeed, to English. As Prof. TSUKIMOTO Masayuki (Professor of Japanese Linguistic, The University of Tokyo) pointed out during the discussion, nowadays, “researchers are strongly required to speak and write in English.” Professor Eschbach’s claim that scholars should cherish Japanese as a “scientific language” is quite surprising (for more details, watch the video of the talk that will be uploaded to this site).
Let me now introduce one of the points I found particularly evocative during the talk.
Professor Eschbach pointed out that during the Enlightenment in Europe (18th century), the “concert” of information and points of view within many different languages produced new and creative knowledge. The subtle differences in viewpoints and values that differed depending on the language stimulated each other, thereby promoting new perspectives and understandings. In modern times, multilingual exchanges and publications are more stimulating and can generate a higher level of knowledge than presentations and discussions in English alone.
I strongly agree with Prof. Eschbach’s point about the importance of promoting mutual translation between the fifteen most important (“super central”) languages (Japanese is one of them), English included. She pointed out that there are only a few Japanese dictionaries for foreign language speakers, although there are many foreign language dictionaries for Japanese speakers. I also agree that this situation should be improved.
Probably none of the scholars who conduct research connected with Japan would disagree with Prof. Eschbach’s ideas. However, those (the vast majority) whose studies are not directly related to Japan are not interested in exchanges in Japanese or other languages; this is the problem we always face. If a multilingual exchange is achieved only within a small community of Japanese researchers, and if that community is closed and isolated to the majority of other communities, the state of knowledge throughout the world will not change much. The new knowledge born within that small community should be conveyed to other communities in order to create even higher knowledge friction. To do so, presentations and discussions in foreign languages are essential. Can we entrust this task only to overseas scholars who, like Prof. Eschbach, can communicate in Japanese?
I think that Japanese-speaking researchers should not limit their discussions to Japanese and that they should work hard to express their ideas in other languages. I am not saying that we should sacrifice Japanese for English. I believe it is essential to think and communicate in both Japanese and foreign languages. Wouldn’t it be great if we could show our perspective, based on discussions led in advanced Japanese, also in a foreign language (not limited to English), and exchange opinions with people who do not understand Japanese? Over the past few years, I have been pursuing such activities in the field of global history. I can sense the effectiveness of this process. As long as I have the energy, I will continue to work in that direction. Listening to Prof. Eschbach’s lecture made me think about the meaning of my research activities.
What do you think? What kind of impressions did you have listening to Prof. Eschbach’s lecture? I especially would like to hear the opinions of young people. If you want, please send us your feedback.