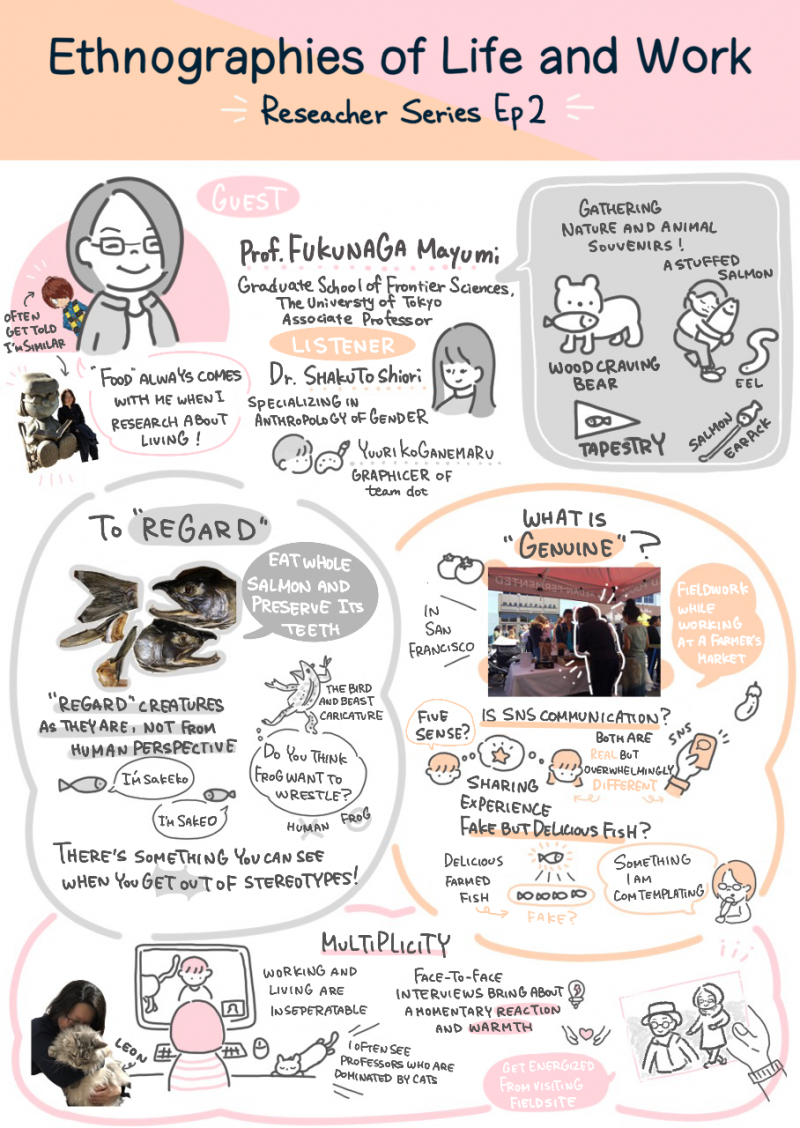 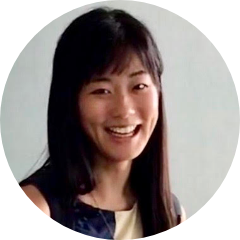 This piece is Episode 2 of the series, "Ethnographies of Life and Work: Researchers." The series invites researchers in and out of the University of Tokyo to share three images that represent "life" for them. Through the dialogue over these images, we explore the relationship between life and/in work. For the introduction to the series, see here.

Regarding the Being and Exceeding the Boundaries 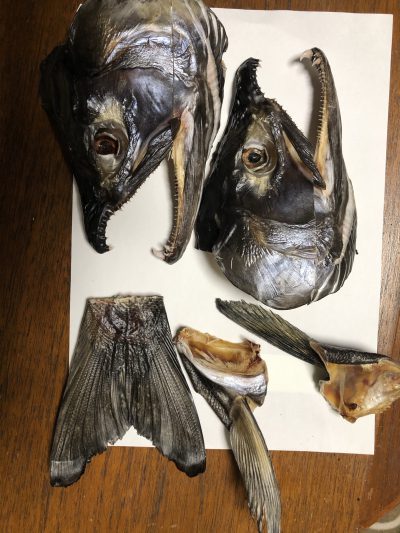 Figure 1. Salmon that Prof. Fukunaga received as a gift from her fieldwork site

When you look at this picture, what kind of salmon do you think of?

Is it salmon you eat as part of your dinner?

Is it salmon as a resource?

Is it salmon that symbolizes nature conservation?

Professor Fukunaga imagines salmon that is engaged in a battle of love.

Generally speaking, the teeth of male salmon are larger than those of females. If the teeth are impressive and if the face is intimidating, like the one in this picture, you can imagine the salmon must have been through countless battles over females, Professor Fukunaga says.

She recently published a book, called “Futuring Salmon: Dreams of Marine Ranching Amidst the Ruins” (Fukunaga, 2019). Having visited Iwate Prefecture many times since before the Great East Japan Earthquake, in the book, she details the relationship between salmon and people involved in the artificial hatching and stocking of salmon. In salmon hatchery and stocking programs, salmon fry are released into the Pacific Ocean and caught four or five years later when they return to their home streams as adults. Salmon released into the ocean by humans exist between the definitions of wild and farmed. From that “between” state is how they have built a relationship with humans, Professor Fukunaga says. Her narrative about how she sees a love battle in the salmon’s teeth reminded me of that of the fisherman she introduces in the opening paragraph of her book. In his mind, “salmon always show up as equal partners he can exchange a range of emotions with. They glare at him, give him the cold shoulder, and even compete with him” (Fukunaga, 2019: ii).

However, due to changes in the climate in recent years, there is increased uncertainty in the natural environment, and not as many salmon as usual have returned home. In an effort to ensure stable production of salmon, the Ministry of Fisheries and related parties are advancing the shift from hatchery releases to aquaculture; in other words, they are promoting a shift to complete farming. As the interactions between humans and salmon in the in-between of being wild and being farmed are coming to an end, Professor Fukunaga asks in her book, “What is a human being? What is a living thing? Within their relationship, how have they formed images of each other in their minds?”

Professor Fukunaga’s field of specialty is environmental ethics, which studies the diverse relationships between humans and living creatures, and also the plurality of values that underpin them (Fukunaga, 2010: 7). According to her, in order to fully respect that plurality, it is important, “first and foremost, to recognize and interpret an ‘entity’ as at least an ‘entity,’ and not to discard that view because of someone else’s one-sided judgment” (Fukunaga, 2010: 7). The salmon that glared back at the fisherman is “different from a salmon that is treated as a number and converted into resources, cut and packaged salmon that is consumed as protein, or salmon that is symbolized as a subject for nature conservation” (Fukunaga, 2019: iii). Instead, it is “a salmon that faces humans as equals and negotiates with them, and to which respect must be paid” (Fukunaga, 2019: iii).

The fisherman’s narrative, as well as Professor Fukunaga’s, are based on the idea that you “regard” living creatures as living creatures. When you “regard” them as such, you talk about them as if you understand their “status” as they are at that time. It is also a point of view that respects them and recognizes them as they are (Fukunaga, 2018: i). Then I found myself wondering if this way of thinking is similar to the idea of diversity that is often used about people. When I asked her about it, she flatly denied that, saying, “That’s not exactly the case.” When we talk about diversity, we tend to fall into the trap of stereotyping. “But nature generally exceeds that,” she said with a laugh. “Let’s say you made a beautiful terrarium. But you noticed mold had appeared. Isn’t this the sort of thing that happens a lot in our lives?” she added. Even for animals that we think we have domesticated, they exceed our fixed notions of domestication, of existing as things (Fukunaga, 2019: 419). This narrative of regarding things as they are is a way of expressing in words that you accept the things that are sticking out of molds and respect such diverse ways of being. 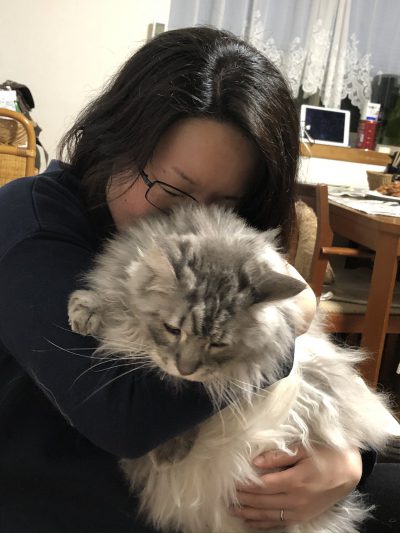 Figure 2. Her beloved cat, Leon. He only drinks straight from the tap. Whenever she puts water into his water bowl, he always knocks it over.

Amid the coronavirus pandemic, as people shift to working from home, living things have started not only to exceed the objectification that has been placed on them, but also to jut out into people’s relationships. I am sure a lot of people have experienced living things exceeding into their work in the past year. Professor Fukunaga has also witnessed a cat’s tail suddenly appearing on the computer screen many times during an online meeting. “This person is usually grumpy, so I wondered why they were all smiles today. Now I get it. They must have had their cat on their lap the whole time."

A cat’s tail exceeding into your screen when you are working. Professor Fukunaga says she hopes society is flexible about this overlap between nature and humans, between life and work. “If we all could be open-minded about the overlapping, I believe we could shift to a much more egalitarian and considerate society in the new future on the other side of the pandemic.” 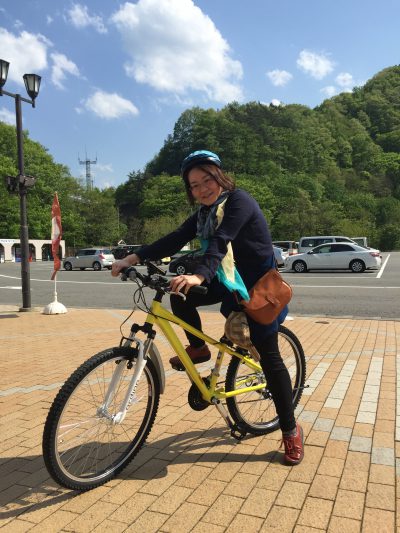 I wonder if this is another example of leaping beyond objectification. Professor Fukunaga does not drive. She mostly rides her bike to get around. I imagine doing fieldwork without a car must be difficult, but she says she can create relationships with locals more easily that way as she gets a ride in a taxi or in the car of someone she met in her fieldwork.

By not driving, you might come across some unexpected living creatures too. When she was on her way back from fieldwork she did at a farm in California, a playful coyote followed her. At another time, when she got off her bike to take a break, her eyes met those of a bear, who was also sitting down to take a rest 50 meters away. It seems bikes have the power to shrink the distance between humans and non-humans.

Nature has a way of exceeding.

When humans protrude from the various boundaries that define them, we may also “realize ‘I see, we are here together’” (Fukunaga, 2018: ii) alongside other animals, and create a new future together. Now that working from home has become the new norm amid the pandemic, people are exceeding the boundaries between life and work. Ironically, the COVID-19 pandemic has revealed that humans can also exceed.

Right now, Professor Fukunaga’s research and interests are focused on how to “regard things” and how things “exceed” in the virtual world. I am certain a much more egalitarian and considerate future lies ahead.

福永真弓（2019）『サケをつくる人びと：水産増殖と資源再生』"Futuring Salmon: Dreams of Marine Ranching Amidst the Ruins" 東京大学出版会.