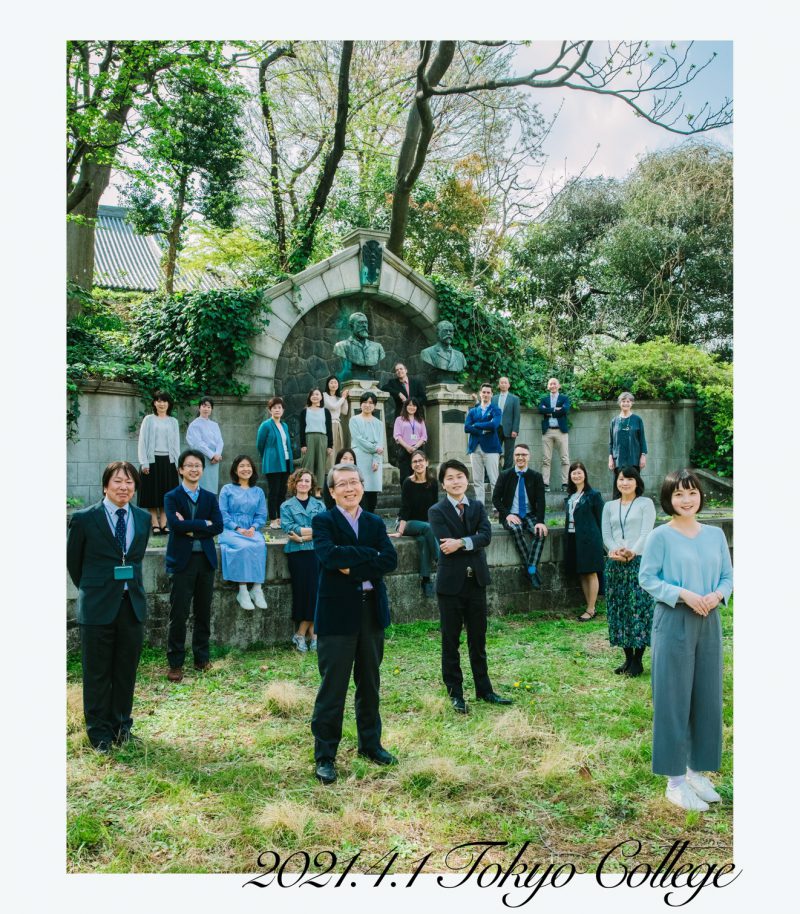 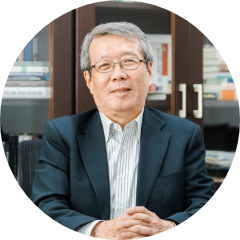 April has arrived. For Tokyo College, which was founded on February 1st in 2019, this means we have now entered our third spring. The number of early career researchers has increased, with one Associate Professor, two Project Assistant Professors, five Project Researchers, and six Postdoctoral Fellows now housed at the College. However, two of our new researchers are unable to come to Tokyo due to landing restrictions by the Japanese government, and as a result they remain in North America. With the addition of five more Postdoctoral Fellows later this academic year, who were chosen from a pool of over 300 applicants, we will have nearly 20 early career researchers. Two years ago, the only researchers were the two Deputy Directors (Professors SANO and OHTAKE) and myself, so this is a marvelously rapid increase. Those Deputy Directors both reached the end of their terms at the end of March and have now left the college. In their place, I have asked Professor MINO Takashi to serve as Deputy Director beginning this month.

At the start of the new year, I had all researchers currently in Tokyo gather briefly to take a commemorative photo with the office staff who provide powerful, synergetic support for our various activities. This is that photo. I wonder if you can feel the warm, friendly atmosphere of Tokyo College these days. Though we are well-accustomed to seeing each other through a computer screen, this was actually the first time some of us met in person. We dispersed as soon as the photo was taken for COVID-19 prevention reasons, but the weather was great, and I would have liked to continue speaking with everyone more. Next spring, I hope we are able to have this opportunity again with even greater numbers.

Tokyo College has three missions. The first is to invite leading domestic and foreign researchers and early career researchers with promising futures. The second is to generate cutting-edge interdisciplinary research results by enabling collaboration between these researchers and researchers at the University of Tokyo. Finally, the third is to convey these results to students and the general public by way of lectures, symposiums, and dialogues. Of these activities, the first and the third are relatively easy to observe, but because the second involves actual research, it can be somewhat difficult to perceive until specific results are announced. However, I think that this is actually the point on which we have seen the most advancement since last spring. Researchers in the College gathered virtually more than sixty times in the last year. We held a variety of meetings, including introductions to our various research areas, regular research meetings with pre-determined topics like “The Future of the Humanities,” “Identity,” and “The Corona Crisis,” as well as informational meetings we refer to as “tea meetings.” This number does not include meetings in which researchers with related research interests gathered privately to exchange ideas, nor does it include webinars and other events that featured researchers from outside the College.

One could say that we were able to hold meetings easily, despite being virtual. However, in these virtual meetings, there is always an opportunity after well-prepared, fascinating talks for a rich discussion. I, for one, can hardly fathom the amount of new ideas and intellectual stimulation I have received at such meetings. I imagine that this is the case for other researchers, as well. This year, our young researchers are taking the initiative, and we will hold events such as lectures and symposiums, imbued with the atmosphere for discussion found in such meetings, that convey research outcomes in a clear, easy-to-understand manner. The webinar series held around International Women’s Day on March 8th was only the first of many.

Our first mission of inviting leading researchers has made slow progress due to restrictions on the movement of foreign nationals as a result of the COVID-19 pandemic. It’s unfortunate. Beginning early this month for a period of four months, we were able to invite Professor Jenny CORBETT as a distinguished researcher, as she happened to just complete an appointment in the Graduate School of Engineering, but this is an exception. Inviting researchers will likely remain difficult through the first half of the year. However, because of our experiences over the past year, we have learned how to hold at least public lectures and panel discussions without researchers needing to come all the way to Tokyo from abroad. We would like plan as many online events as possible with overseas researchers on topics that are both timely and interesting for students and the general public. One example is the symposium series “Lifestyles and Society After COVID-19,” which is currently in progress.

These are difficult times, but we are moving ever forward. I hope that you will continue to follow our activities, and I appreciate your ongoing advice and support for Tokyo College during its third year.