Future Tasks for Japanese Studies. A Personal Reflection – Part I 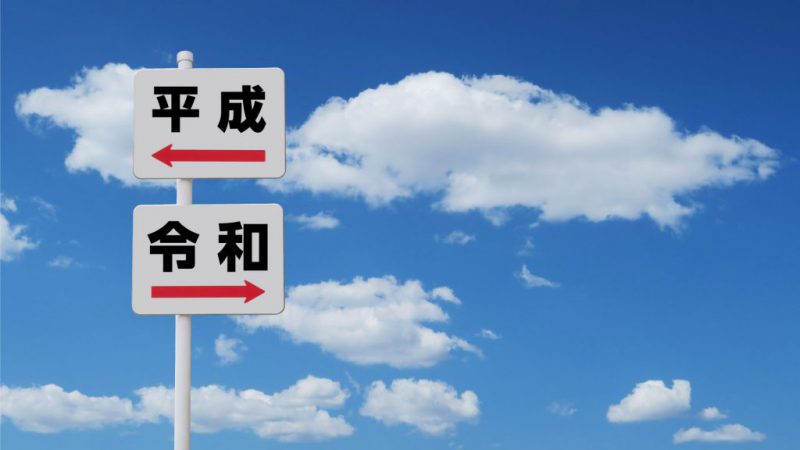 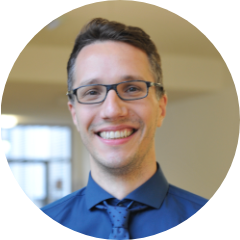 This three-part blog series is a slightly revised version of an essay I wrote for the 30th anniversary essay contest of the Toshiba Foundation. The original is published on the TIFO website.

PART I: The Global Entanglements of Japanese Culture

Fifteen years onwards, I cannot say for sure what first piqued my interest in Japanese studies. I know I enjoyed learning languages, and that a language as foreign and complex as Japanese seemed like a challenging and exciting addition to linguistics, which I had already decided on. Japanese was not the most exotic language I had been fascinated by up to that point; as a Trekkie, I had dabbled in Klingon in middle school. But geeky infatuation is of course something entirely different from sitting through ten hours’ worth of language training and four tests a week (in spite of which I only started to grasp how everything fit together after the second semester or so).

Naturally, the writing system was a big part of both the allure and the difficulty of Japanese. I had only just wrapped my head around the patterns and elements of the characters and their myriad readings when I was confronted with the fact that Japanese could be Chinese and the other way around. In a class on Sinitic kanshi poetry, I was surprised to learn that the famous Tang period poet Li Bai could in fact be enunciated in Japanese without making any changes to the characters on the page!

My fascination with this unique way of reading, annotating and translating Sinitic writing – and scholars in translation studies argue to this day which of these is the most accurate word to describe the Japanese practice of kundoku – never waned. What I found increasingly puzzling is how it completely blurred the lines between languages, which, even in linguistics, are usually construed as countable, separate entities. In my MA thesis, I approached the issue from another angle, looking at the grammatical integration of foreign words both from Chinese and European languages into Japanese, but the limitations of structural linguistics made me miss a decisive fact, as my supervisor pointed out to me later: which words count as foreign is not a matter than can be decided purely on grounds of phonetics or prosody. It is also a matter of language politics and of actual language use.

The selection process of the name for the new era that began last May with the enthronement of emperor Naruhito is a case in point. For more than a thousand years, era names in Japan had been chosen from classical Chinese literature. This time around, however, prime minister Abe for the first time selected a combination of characters taken from the Collection of Ten Thousand Leaves, an eight-century anthology of poetry. Commentators interpreted this choice as part of Abe’s commitment to a revival of nationalist politics. Scholars were just as quick to notice, however, that parts of this so-called national classic were in fact written in classical Chinese and the style, imagery and vocabulary of many poems heavily patterned after Chinese precedents. In other words, the reiwa or “beautiful harmony” that we all hope Japan will be blessed with in the upcoming years depends on Japan’s ties to the outside world.

What I always found so intriguing about kundoku is that it is one of the most unambiguous examples for the ambiguity of culture: A word, text or cultural artifact does not have to be either Japanese or Chinese, it can be both at the same time. This is precisely what Japanese scholars and politicians at the turn of the twentieth century came to dislike about kundoku: their goal was to create a Japanese national language and literary canon, and ambiguities and Chinese influences distracted from the ideal of linguistic purity and cultural homogeneity they wanted to achieve. They attempted, with some success, to redefine the Chinese classics from something akin to the Bible or Greek and Latin literature, that is a shared East Asian heritage, to something foreign, gradually erasing it from the Japanese canon and school curriculum. Even though residues of kundoku survive today, its cultural currency in Japan and that of the Sinitic tradition, apart from perennial favorites like the Romance of the Three Kingdoms, is low.

The public effacement of the worldliness of Japanese culture is not limited to kundoku. My first assignment in the survey course on Japanese history was to speak on sakoku – the notion that in the Edo period, from the seventeenth to early nineteenth century, Japan shut itself off from the outside world. In the literature I read in preparation for my paper, this was still presented as a historical fact, but thanks to the cumulative research of Japanese, European and American historians alike, it is now widely accepted that neither the intention nor the outcome of the shogunal foreign policy of the early seventeenth century was isolationist. Trade and cultural exchange persisted, and even many more commoners than previously thought came in direct contact with foreigners.

As is the case with Sinitic writing, however, the complexity of cultural exchange and engagement with the outside world is often absent in the public image of the Edo period. I was pleasantly surprised by the exhibitions at the Nagasaki Museum of History and Culture and the Kyushu National Museum, both of which, with a fair bit of regional pride, stress the significance of Kyushu’s connections to the world beyond the Japanese archipelago. Much more common, however, is the endless repetition of a very small set of iconic national symbols that function as synonyms for the Edo period and Traditional Japanese Culture both domestically and abroad, such as the eco-friendliness and the urban culture of the Edo period which Asics is currently harnessing for its “Edo Tribute” product range.

To uncover and push against the effacement of the inseparable entanglements of Japanese culture with the outside world seems to me one of the ongoing major tasks for Japanese studies. A research program such as this does not have a political agenda, even though people who hold on to a narrow idea of nationalism tend to feel somewhat uncomfortable about it. If the task of the humanities is to research and understand the complexity and diversity of human existence, it is a scholarly imperative to situate Japan in its broader contexts. While this kind of research is already being carried out and can build on both Japanese and Euro-American frameworks such as new sekaishi and global history, to give two examples from my own field, there are institutional roadblocks that need to be overcome to stabilize its long-term success.

Historically, Japanese studies were set up to generate expertise in a national framework in the context of area studies. In the style of Ruth Benedict’s influential book “Chrysanthemum and the Sword”, these were often occupied with explaining the uniqueness of Japanese culture instead of its ambiguities and entanglements. Intellectually, these limitations have long been discussed and eventually overcome, but institutionally, Japanese Studies are still more often than not organized along clear-cut geographical and disciplinary divides. Curricula tend to privilege a national framework over transnational and regional perspectives. And job postings still follow traditional categories such as premodern Japanese literature, with early career researchers with interdisciplinary and border-crossing interests like myself finding themselves caught between two stools. Future Japanese studies should strive to become ever more permeable in terms of intellectual, disciplinary and institutional boundaries. 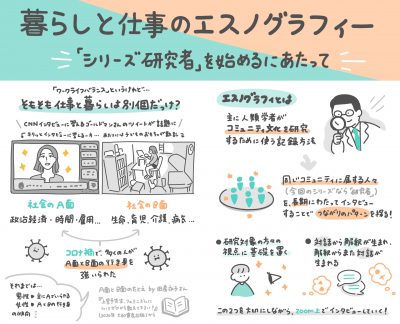 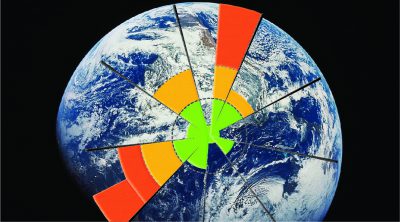 We are already aware we cannot use everything on this planet limitless and the scale of our present activities threatens the well-being of future generations as well as our own. For that reason… 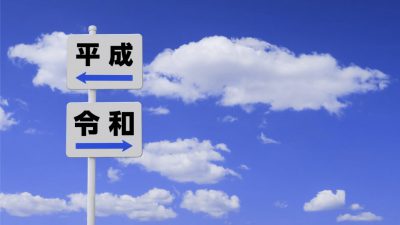 Part III: The Classroom as a Site of Renewal. In the previous parts I stressed a desire for more conversation: between area studies and the disciplines, between Japanese and non-Japanese scholars of Japan, between academics and the wider public. Crucially, we also need to listen to our students. In… 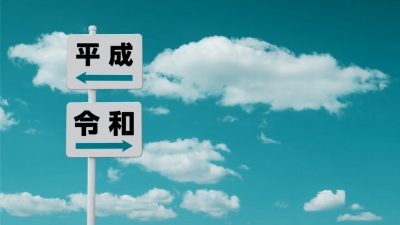 PART II: Japan as Method. What I found exciting as a German studying Japanese history was the change of perspective it entailed. For good reason, schooling in German history and public debates centered on National Socialism, the Second World War and the Holocaust. The purpose of national history after 1945… 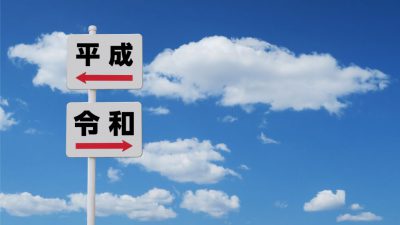 Future Tasks for Japanese Studies. A Personal Reflection – Part I

This three-part blog series is a slightly revised version of an essay I wrote for the 30th anniversary essay contest of the Toshiba Foundation. PART I: The Global Entanglements of Japanese Culture. Fifteen years onwards, I cannot say for sure what first piqued my interest in Japanese studies. I know…

We are already aware we cannot use everything on this planet limitless and the scale of our present activities threatens the well-being of future generations as well as our own. For that reason…

Part III: The Classroom as a Site of Renewal. In the previous parts I stressed a desire for more conversation: between area studies and the disciplines, between Japanese and non-Japanese scholars of Japan, between academics and the wider public. Crucially, we also need to listen to our students. In…