The current coronavirus crisis has had a serious impact on China, just as it has changed the rest of the world. Over the last four months, there has been broad debate and analysis among scholars in China concerning the nation post-coronavirus crisis. The following is a summary of perspectives common among such scholars.

The possibility of an economic recessionis the first impact of the novel coronavirus on China to be pointed out. Operations were suspended in a large scale for more than three months (and have not fully recovered even now), which has had a serious effect on economic activity. The following five issues are of the utmost importance.

(1) The coronavirus crisis is not only directly causing an economic recession (the initial target growth rate for gross domestic product (GDP) had been set at 6%, but some analysis suggests that this may fall from 6% to as low as 3%), but also bringing about a high rate of unemployment (it is difficult to forecast precise figures but, based on the loss of jobs for migrant workers in the Pearl River Delta Metropolitan Region, it is certain that conditions have become severe).

(2) The Chinese government has launched its “Six Guarantees” post-coronavirus economic support program (to protect market players, protect employment, protect the livelihoods of citizens, protect the normal function of primary-level governments, protect food and energy security, and protect industrial supply chain stability), but it is still expecting the “new infrastructure” investment to work out. Measures that drive the economy through investment are effective in providing a short-term stimulus, raising the employment rate, and providing stability for the basic livelihoods of migrant workers and urban residents. However, this is nothing more than an “adrenaline shot.” Some economists have indicated that this is like drinking seawater to quench one’s thirst. It will further accelerate imbalances in the “troika” that drives economic development: investment, trade, and consumption.

(3) The majority of the money that the government invests in order to revitalize the economy is concentrated in state-run enterprises, especially central state-owned enterprises. Academics have pointed out that, as a result, it becomes extremely difficult for private enterprises, especially small- and medium-sized enterprises, to obtain financing and to maintain the status quo, which leads to further worsening of the already relatively severe “guó jìn mín tuì” phenomenon (the public sector advancing while the private sector retreats) and to concerns about the acceleration of private capital flowing overseas.

(4) The fact that countries including the US and Japan have adopted policies of withdrawing their businesses to domestic locations or to Southeast Asia, due to concerns about supply chain interruption and rising labor costs in China, is impacting development in China, particularly in the coastal economy.

(5) The present coronavirus crisis has further complicated each state’s own political and economic situation; many countries will be unable to meet their debt obligations, and realizing the Chinese government’s “One Belt, One Road” concept looks to become even more difficult.

A second impact that the coronavirus crisis will have on China is the more difficult international environment. This can be seen first in terms of the call of global public opinion for an investigation into the origin of the disease, and the accompanying “claims for liability.” Although the Chinese government surely cannot be made to take responsibility for the coronavirus crisis, such public opinion has taken advantage of the opportunity provided by this crisis to further escalate frictions between ideologies and political systems that had always existed, and eventuallylead us towards conflict.

There is also the issue that Chinese political ideology has emphasized “hardening” in recent years. Mao Zedong having solved the problem of China having been invaded, and Deng Xiaoping the problem of having been starved, it is hoped that this Xi Jinping will be able to resolve the issue of being condemned. For this reason, and with the novel coronavirus having spread and died down in China before anywhere else, some people in the fields of diplomacy and academia have adopted a “Wolf Warrior” style diplomacy strategy (named for the popular Chinese film Wolf Warrior), trying to control domestic opinion and calm domestic sentiment. This has fueled the deterioration of international relations. China and the US will not necessarily fall into the Thucydides Trap, but a certain level of derailment is certain to occur. Many scholars are speculating that the post-coronavirus world will, to some degree, move towards “de-sinicization.” In other words, two markets will emerge in the world economy (centered on the US and China, respectively), with a “turn towards a new form of Cold War” in politics (as new coalitions form on the basis of differences in political systems).

A third impact of the coronavirus crisis on China is a regression in the domestic political climate. Changes in the political environment in China in the last few years have been marked by the emergence of problems in the areas of legislation, political democracy, and freedom of speech, which reverses the general trend since China’s economic reform, and particularly since Deng Xiaoping’s southern tour of 1992. In consideration of issues of security and stability they are directly confronted with, authorities with various problems, namely, (1) increasingly severe pressure from the international environment, (2) popular unrest due to the decline of the domestic economy (in particular with respect to unemployment of migrant workers) and critical public opinion (particularly from liberals), and (3) the difficult issues associated with Xinjian, Tibet, Taiwan, and Hong Kong, are likely to strengthen policies of “guǎnkòng” (management and control) and “wéiwěn” (maintaining stability) in post coronavirus China. Furthermore, radical thinking, ethnic sentiment, and nationalism in China have been stimulated by rapid changes to the international and domestic circumstances. Many scholars have indicated their pessimism about the outlook for regulatory and institutional reform or economic opening in China. 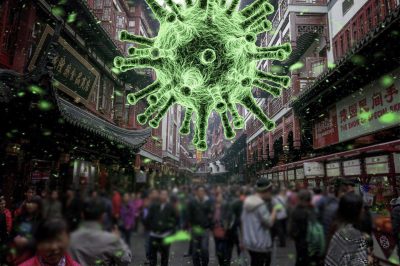